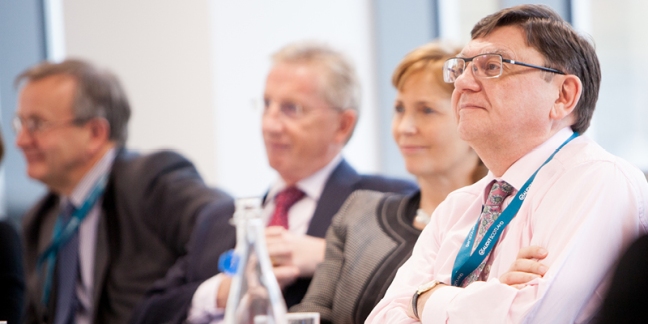 The campaign to recruit a new Chair of the Accounts Commission is underway, marking the first milestone in an important phase for the Commission. The advert for the post has been published on the Scottish Government’s public appointments website.

It’s an increasingly high profile position and one that has a significant and central role in improving the delivery of our most critical day to day public services across Scotland.

The Chair will lead a body that has played a pivotal role in Scottish public life for over 40 years. The work of the Accounts Commission has evolved over the decades, increasing its profile, but its core purpose remains the same – holding local councils to account for their performance, and in doing so acting impartially and independently of councils and government.

The Commission has an intensive work programme. It reports to the public and engages with audited bodies and other stakeholders on matters arising from the audit of 32 Scottish councils, 33 associated council bodies and 30 joint health and social care integration boards. Read more in the Commission’s latest strategy and action plan.

This means the Chair is required to make a commitment of, in effect, at least half a working week, every week.

The role brings with it a number of a challenges and opportunities. Like all members of the Commission, the Chair should have a passion and vision for helping ensure Scotland’s public services are the best they can be. They need to be able to bring together 12 people, from very different backgrounds, with a range of experience and professional knowledge, and encourage them to make findings and judgements about public bodies.

Increasingly, the work of the Commission receives both local and national media coverage. Its reports are integral to debates and discussions in the Scottish Parliament and are expected to help inform debate in local communities.

The Chair is the most high profile member of the Commission – representing the watchdog in the Parliament, in the media and engaging directly with councillors and the public. The Commission believes that effectiveness lies in the impact of the messages articulated from its audit work to councils, government and particularly citizens. And it is for the Chair to ensure shape and context to these messages.

The environment in which the Accounts Commission works continues to change: we have a new political and leadership landscape in local government following May’s council elections. The Scottish Government’s agenda for change also continues, such as the recent announcements around further reform of education; an area that we will be dedicating work to in coming months. And the recent tragedy at Grenfell Tower in London has considerable implications for local government across the UK, in terms of planning and building regulation and safety and housing availability.

There has already been a recent period of substantial change for the Commission, with the first of the reports from the recently published new approach to auditing Best Value; publication of high-profile performance audits in a range of policy areas, and an updated strategy underlining its expectations for improvement in councils.

The Chair works closely with the Auditor General, Caroline Gardner, in taking forward public audit in Scotland, including providing direction for Audit Scotland. The Controller of Audit reports to the Commission on the accounts of local authorities and matters arising from these audits. Find out more about this on the Commission’s website.

The appointment of Chair is initially for four years, with the option of reappointment by the Minister for Local Government and Housing, Kevin Stewart MSP, for another four years.

A new Chair will be in place from 1 November, appointed by the Minister. Currently, the post is being fulfilled on an acting basis by Ronnie Hinds. The Commission recently chose Christine May to act as his Deputy in this interim period.

The Chair of the Commission is a high-profile influential role. The appointment of a new chair marks the beginning of a new and exciting era for the Commission, as we respond to ever more challenging times.

Paul Reilly is Secretary to the Accounts Commission

We’re looking to hire a new Corporate Finance Manager.  You may well ask, why does an audit organisation need to recruit such a person? Surely we’re already home to plenty of staff with financial management skills?

Well, the thing is, we’re not looking for an auditor – we already have 200 of those!

We’re looking for someone who will be our most important financial adviser. Just as our auditors ensure that public bodies use public money efficiently and effectively, we’re after someone who can ensure that we’re spending the public funds in exactly the same way – generating the most value for the public purse.

The job encompasses all aspects of finance and your contribution will be essential to the development and management of the organisation.

Based in Edinburgh, but working with teams across Audit Scotland, and reporting to the Chief Operating Officer, you’ll be advising senior managers on how to use their financial, physical and administrative resources. You’ll provide advice to the Audit Scotland Management Team and the Board, including drawing up our budget proposals to the Scottish Parliament. It’s a high-profile job within the organisation, but this is where your work and professional advice have a real impact.

We need someone who is keen to learn the detail of our business, the nuts and bolts of how our organisation and finances work. You’ll need this knowledge as you advise senior colleagues and as you get involved in project teams that are transforming our organisation.

We may be a relatively small organisation, but we have a world-class reputation. As we audit more than 220 public bodies across Scotland, our own financial governance and reporting must adhere to the same high standards that we’d expect those organisations to achieve.

Our organisation continues to evolve as we respond dynamically to the changes taking place across the public sector and the arrival of new financial powers for Scotland. Thinking about how all this applies to the financial management of our business will be a core part of your role. And just as our business is changing, your role is also likely to change.

We’re a dynamic, forward-looking organisation. We value our colleagues and our modern, technology-driven workplaces mean there is lots of flexibility in how you can carry out your work, whether it’s working remotely where appropriate or Skype-ing with colleagues and contacts many miles away!

If this job sounds right for you, then call for a chat or apply online.

Fiona Kordiak is Director of Audit Services, with responsibility for in-house audit services we provide to the NHS, central and local government sectors.

Audit Scotland provides the Auditor General and the Accounts Commission with the services they need to check that public money is spent properly, efficiently and effectively.