It’s never easy holding the purse strings – from the family budget to the Scottish budget, there’s always a cast of competing voices making a persuasive case for a bigger slice of the pie.  Winning the argument can come down to making the case for what the money will achieve, and why some things really are more important.

The budget for 2020/21 was passed last week with the support of the Scottish Greens. But it remains hard to see exactly how the government expects to make a difference to its priorities – as set out in the National Performance Framework – through its latest spending proposals.

On paper, we now have an all-year-round budget scrutiny process that should allow much more time for scrutinising how money is being spent, what we’re achieving, and how we can shift money to make a bigger difference. But the new budget process is still bedding in, and the information that MSPs need to understand what’s being achieved by government spending and what’s planned for the future isn’t yet good enough. 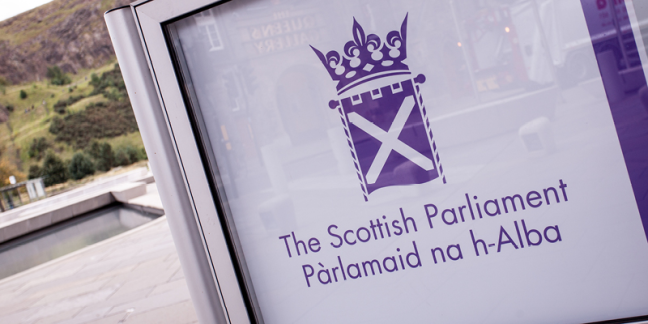 Things were made harder this year by the UK general election and the knock-on effect on the UK and Scottish budgets, which badly squeezed the time available for scrutiny at Holyrood. That was far from ideal. But the bigger issue at play is whether Scotland is spending its money on the right things. And the problem is that we largely don’t know.

Take tackling poverty – one of the outcomes at the heart of the National Performance Framework. It’s a hugely complex area with no easy answers but, as the Fraser of Allander Institute and others have said, none of the issues around poverty are new.

The poverty gap between richest and poorest is widening, and poverty has shifted from affecting mainly pensioners to working age parents. Some of this shift is due to factors outwith the Scottish Government’s control, such as the impact of the UK-wide austerity programme. There’s also no doubt that the Scottish Government is committed to reducing poverty, but it’s hard to tell from the budget how much is spent on tackling poverty or stimulating economic growth.

How you can plan to achieve those kinds of outcomes is something we set out in a briefing paper last year, and it’s clear that the government needs to do more to evaluate what it gets for its spending. That data is priceless for future policy and decision-making.

And then there’s climate change, the biggest issue of all, as the First Minister made clear when she declared a climate emergency last year. Hitting our net zero carbon emission target is the primary mission of the Scottish National Investment Bank, but it could also tackle huge issues like Scotland’s ageing population and invest in the Scottish tech companies of the future.

At the same time, the Scottish Government is faced with difficult decisions around propping up some of Scotland’s older industries to achieve short term goals. There’s a real tension here – and the choices involved are political in the truest sense – but on both fronts there’s an onus on government to set out its thinking, whether that’s why the SNIB is the best way to achieve its climate goals, or how supporting a company that’s struggling feeds into wider economic goals.

That’s how the argument is won, and how Parliament can play its full role in the future.

Audit Scotland provides the Auditor General and the Accounts Commission with the services they need to check that public money is spent properly, efficiently and effectively.